How to Avoid Pregnancy Naturally After Missing Period

Pregnancy is a normal and important part of life, but there are times when people may want to avoid it. There are several natural ways to avoid getting pregnant, whether for personal, medical, or other reasons.

Abstinence, fertility awareness, barrier methods, withdrawal, and the lactational amenorrhea method are some of these ways. It’s important to remember that these methods don’t always work. For the best results, you should use a mix of these and other methods.

It’s also important to talk to your partner about your needs and choices for birth control. If you want to avoid getting pregnant and are having sex, you should use a reliable method of contraception. 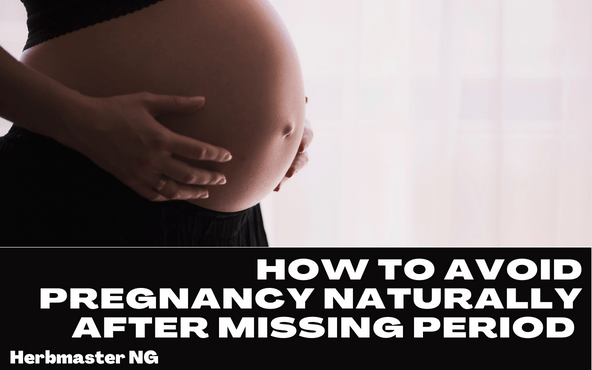 Why You Should Learn How to Avoid Pregnancy Naturally

Knowing how to keep yourself from getting pregnant can seem hard, especially since there are so many ways to do it.

Your choice of birth control is a personal one that you should think about carefully.

The first step to finding a method that fits with your lifestyle and beliefs is to learn about them all.

Barrier Methods on How to Avoid Pregnancy

Condoms. During sex, condoms made of latex are worn on the penis. They keep sperm from getting in touch with fertile eggs, which stops pregnancy.

Condoms are often given away for free at health clinics, and you can buy them over-the-counter at drug stores and grocery stores for about $1 each.

Condoms also protect both people from getting sexually transmitted diseases (STDs) and getting pregnant.

Condoms are made of thin latex, so they sometimes tear when two people are making love. When this happens, there are more chances of getting pregnant. Some people are allergic to latex condoms, so they choose plastic condoms instead.

Female condoms. Female condoms are also made of latex and have the shape of a ring with a pouch. The pouch goes inside the vagina, and the ring holds it in place outside the body.

They take the man’s sperm with them when they make love, so it never gets into the woman’s body. Condoms for women cost about $4 each and can be bought at drugstores.

Female condoms lower the chance of getting an STD because they keep the vagina from being touched directly.
Some people say that female condoms are less comfortable to use and work a little less well than regular condoms.

Diaphragms. These shallow cups made of silicone are put in the vagina and on top of the cervix to keep the sperm from getting to the egg. They are often used with spermicidal jelly, which stops sperm from moving, to make the treatment more effective.

Since every woman’s body is slightly different, diaphragms must be fitted to make sure they are the right size. Talk to your gynecologist or someone at a health clinic about getting a diaphragm fitted.

Diaphragms work pretty well, but they don’t stop the spread of STDs.

Pills that stop births. Birth control pills, also called “the Pill,” are made of synthetic estrogen and progestin hormones that stop a woman’s eggs from leaving her ovaries. This keeps her from getting pregnant.

When taken the right way, they work very well. You can only get birth control pills with a prescription from your gynecologist or other health care provider.

To work right, the Pill needs to be taken every day at the same time. If you skip a few days, it might not work as well.

Some women have side effects from taking the Pill. Different brands of pills have different amounts of estrogen and progestin, so if one seems to be making you feel bad, your doctor may give you a different brand.

Other ways to control hormones. There are other ways to get the same hormones into the body that birth control pills do. If you don’t like taking pills every day, you might want to try one of the following:

The shot to stop pregnancy is called Depo-Provera. This shot is given once every three months in the arm. The shot is a very good way to avoid getting pregnant, but there have been reports that it could have side effects.

The patch that stops births. Most of the time, the patch goes on the arm, back, or thigh. It gets hormones into the skin and needs to be changed every few weeks.

The ring to stop births. Once a month, the ring is put into the uterus. It sends out hormones that stop pregnancy from happening.

The implant used to stop pregnancy. A small rod is put into the arm, and hormones are then released from it to stop pregnancy for up to three years. A health care provider must put it in and take it out.

Intrauterine Devices (IUDs). The IUD is a small piece of metal that a doctor or nurse puts in the uterus. One kind of IUD works by letting out hormones, and another kind is made of copper, which stops sperm from moving around and fertilizing an egg.

If you’re worried about changing your menstrual cycle, you might want to think about the copper IUD, which doesn’t mess with your hormones or cause side effects related to hormone birth control.

Abstinence. If a couple doesn’t have sexual contact, the man’s sperm won’t be able to reach the woman’s egg and cause a pregnancy. When done consistently, abstinence is the only way to make sure you don’t get pregnant.

Some people think that abstinence means not having any sexual contact at all, but to avoid getting pregnant, only vaginal contact should be avoided.

Abstinence takes a lot of willpower, and it might be hard for some people to use this method of birth control for long periods of time.

Once abstinence is over, it’s important to have another way to stop pregnancy.

Awareness of fertility. This method of birth control is also called “natural family planning.” It means that a woman should only have sex when she is not fertile, which is when she is not having her period.

Periodic abstinence is used when there is a chance of getting pregnant. For fertility awareness to work, the person doing it must know and respect the limits of her own fertility.

Most of the time, there are three ways to figure out if you are pregnant: the calendar method, the mucus method, and the temperature method. When these three methods are used together, they are very good at telling exactly when a woman is fertile.

With the calendar method, you keep track of your menstrual cycle on a calendar, look for patterns over time, and then use the patterns to figure out when you’ll ovulate.

The mucus method is based on the fact that a woman’s vaginal mucus changes in color and consistency when she is pregnant.

The temperature method involves checking the body’s basal temperature every day and noticing when it goes up by a few tenths of a degree, which is a sign that ovulation has happened.

The problem with being aware of your fertility is that it takes a lot of time and thought. If you don’t check your mucus or temperature for a few days, you might get the wrong number of days when you shouldn’t have sex.

The good thing about fertility awareness is that it is all natural and doesn’t cost much, don’t use hormones from outside, or have any uncomfortable devices.

Female sterilization. A procedure called tubal ligation is used to close off the fallopian tubes. This makes it impossible to get pregnant.

This method is very good at stopping pregnancy, but it shouldn’t be used lightly because it’s hard or impossible to undo.

Vasectomy. Men can choose to go through a process that stops sperm from flowing through their vasa deferentia and mixing with sperm.

When a man ejaculates, his sperm does not come out with his sperm, so he can’t make a woman pregnant.

In some cases, a vasectomy can be undone, but it shouldn’t be done unless the goal is to become permanently sterile.

How to Avoid Getting Pregnant After Sex

Use a plan B in case of an emergency. Emergency contraception, also called “Plan B,” is two pills with levonorgestrel that are taken as soon as possible after sexual activity.

The earlier you take them, the better they work at stopping pregnancy. You can get emergency birth control at most pharmacies or from your doctor or nurse.

It should only be used as a last resort after sex without protection.

How to Use Uda Seed or Water to Prevent Pregnancy

Negro Pepper or Uda Seed is a natural way to prevent pregnancy and plan a family.

Negro Pepper is good for your health in many ways. It can increase fertility when cooked with other spices, and it can also be used as a natural way to stop pregnancy.

Well, Ayurveda and herbs teach and show that plants can be both good for you and bad for you, depending on how they are prepared, mixed, and dosed.

Uda is a natural way to prevent pregnancy, and it also stops some pregnancies from happening.

There are a lot of great things about this amazing pepper, but I’d like to talk about how this seed can be used as a natural birth control and even stop pregnancy.

Have you ever thought about how our mothers were able to space out their kids before birth control pills?

Simply put, it was because our parents ate a lot of spices and knew how good they were for us.

So, is there a way to use Uda Water or Seed to keep from getting pregnant?

Like a few other plants, the negro pepper or Uda stops both men and women from getting pregnant. It could be used as a natural birth control method or to cause an abortion, which ends a pregnancy.

So, moms and dads who are trying to get pregnant (TTC) should be careful with spice combinations so they don’t end up doing something bad.

To avoid getting pregnant, drink a glass of the shaken mixture right after making love. Uda can be steeped in hot tea or dry gin to make it work better.

Some women like to take this before or after getting close to a man to get rid of any hidden sperm.

Can Uda Seed or Water Cause a Pregnancy to End Early?

Our ancestors have used uda seed or water to make women go into labor or end unwanted pregnancies since the beginning of time.

Also, Uda seed or water can cause the uterus to contract, which can cause a pregnancy to end.

Because of this, pregnant women shouldn’t drink Uda water or chew on Uda seeds.

Women who are pregnant shouldn’t use Uda because it can cause a miscarriage or loss of the pregnancy.

Don’t forget that some people use Uda seed or water to end pregnancies, which is the same as having an unsafe abortion.

Can Douching After Sex Prevent Pregnancy?

Douching never works to stop pregnancy after having sex. During ejaculation, the sperm are shot into the body faster than light. Also, you may know that sperm can swim. Remember that they are living cells?

And are let out by the millions, but only one is needed to make a baby. You can get rid of a million sperm cells, but you won’t be able to get rid of all 200 million of them.

Douching can even help a woman get pregnant, because it lowers the acidity of the vagina and makes it easier for sperm to survive in the harsh acidic environment. 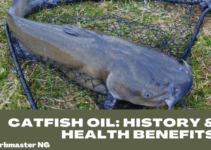 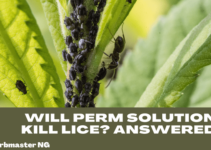